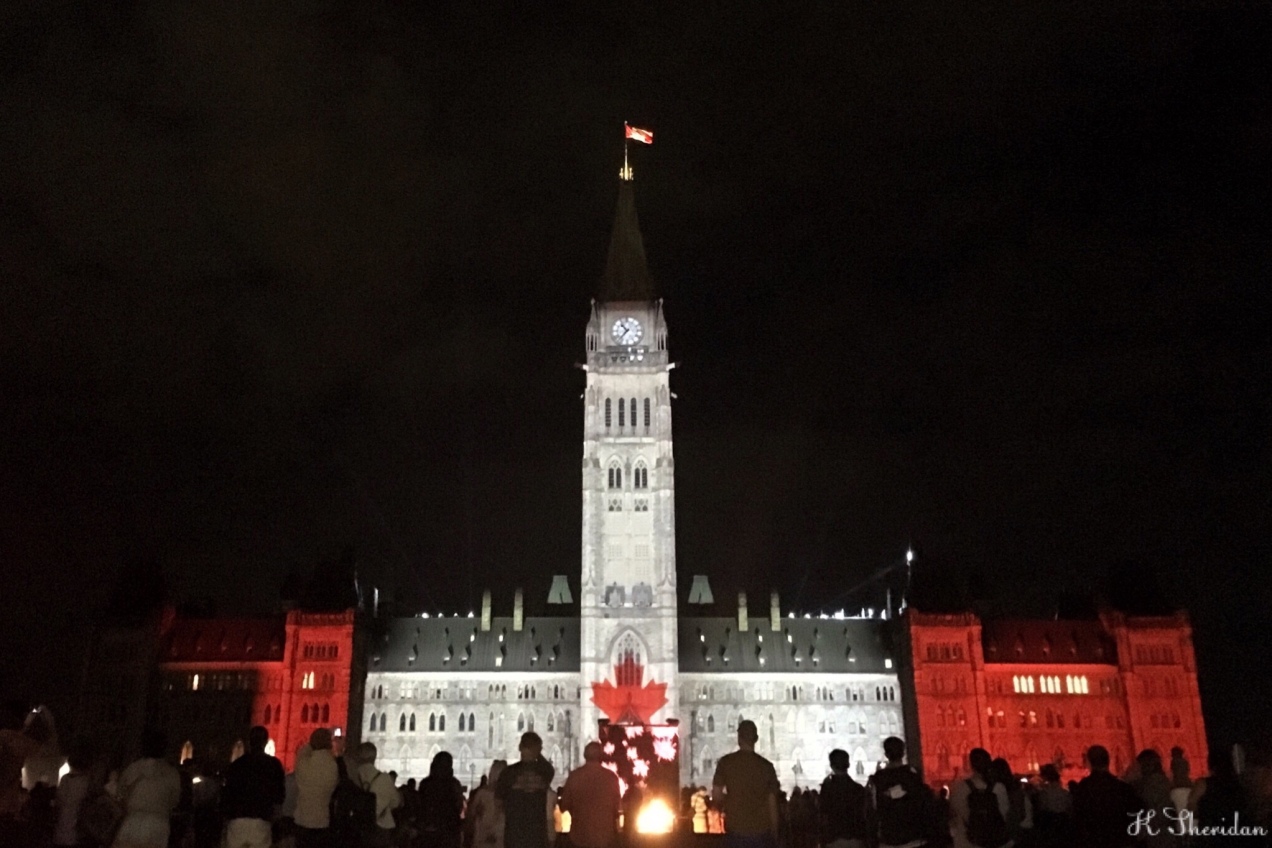 Have you ever heard someone say something like, “Oh, it’s so easy to move to Canada. They’ll let anyone in.”

I have, and it’s Canadians who say it. They were probably kidding, and it’s true that Canada is very welcoming to immigrants, but it got me thinking: Is it easy to become a citizen of Canada?

Let’s look at all the things you have to do before you can apply for Canadian citizenship.

One of the steps to become a citizen of another country as an adult is taking that country’s citizenship test.

When you’re already a citizen of a country by birth, the answers to questions on these tests are things you would have learned as a child, mostly at school, and you probably take them for granted.

But if you were quizzed on the spot (and you couldn’t ask Google!) would you pass?

At least, that was the headline circulating the media on Canada Day, which in case you didn’t know, is on July 1st.

There, you already have the answer to one of the possible questions on the Canadian citizenship test. You’re welcome.

Where did these results come from?

Forum Research asked 1,654 Canadians ten questions that would be found on the Canadian citizenship test and found that only 12 per cent of them got enough of them correct to pass the test.

I’m proud to say I don’t fall into this category since I got 100% on the test. But obviously that’s because I was required to take it so I had to study for it.

And in this poll, they only had to do 10 questions. The official Canadian citizenship test is a combination of 20 multiple choice and true/false questions, selected from a list of about 250 possible questions. You have to get at least 15 out of 20 correct to pass, and each person taking the test is given a different set of questions.

While I was studying for the citizenship test, I tested a few of my Canadian friends and they did pretty well. In fact, some of them helped me study by explaining why that was the answer.

I also did some practice questions from the Australian citizenship test and based on results, I would have passed. But I did get a few wrong. And I was born, raised and educated – including a university degree – in Australia.

So why is the citizenship test a requirement of becoming a citizen if so many current citizens don’t even know the answers?

Because becoming a citizen of any country is not as simple as just taking a short test.

It’s not like you just have to answer a bunch of questions correctly and voila, you’re instantly granted citizenship. It’s a long process that takes years.

The application itself takes one year to process and the test is only one part of it. I applied in October, and in December I received a notification that my application had commenced processing.

In February I received a request to get my fingerprints taken. Even though I had done that twice before, once for my second IEC visa and once for my permanent resident application, I had to do it again, because they don’t keep your fingerprints after they have cleared them, so it’s not like you can just ask them to “check the last one.” Believe me, I tried!

At the end of May, I received an invitation to take the citizenship test in the middle of June. It was scheduled for the same day as my graduation ceremony from the post-grad I had just completed at George Brown, but it’s pretty hard to reschedule the test (and my request to do so did not even get a response) so obviously I missed my graduation.

Once I did the test and completed the interview, the officer told me I would receive an invitation to attend an oath ceremony in around October. So that’s about a year from start to finish.

And that’s only one part of the journey to citizenship. First you need to be eligible to apply in the first place, which is a process that could take around 6 or more years.

Oftentimes when a non-resident is lamenting wanting to remain in a country they don’t have rights to remain in, people exclaim, “Just marry someone!”

Well, I’m sure you can predict what I’m about to tell you: Marrying a Canadian does not mean you automatically get Canadian citizenship.

The Canadian government explicitly states, ” If you want to become a Canadian citizen, you must follow the same steps as everyone else. There isn’t a special process for spouses of Canadian citizens.”

Want to know what it takes to become a citizen of Canada? Keep reading.

This information is outlined on several sites, including the Government of Canada’s site, but I’ll show you what each of these steps looks like and how I experienced them when applying for Canadian citizenship.

To be eligible to apply to become a Canadian citizen, you must meet the following criteria:

You must be a permanent resident of Canada

This alone requires an extensive application in which you are subjected to a lot of testing and background checks. You also need to be eligible to apply for permanent residency in the first place, and many people are not. Eligibility depends on many factors and vary person to person.

You also need money! The application alone is about $2000 Canadian dollars.

On top of that, the numerous tests and checks you have to do, depending on how many are requested from you by immigration, also cost a lot.

My application in total was about $6000 CAD.

Which means you will acquire a lot of knowledge and experience about the Canadian way of life, and you will learn so much about what it means to be Canadian; things you could never learn in a Citizenship test study book.

This also means you have to keep track of and recount your travel history to the day. Depending on your lifestyle, this may be a huge pain in the ass!

Even if you aren’t applying for citizenship, if you travel at all, I recommend you find a way to record and track all your trips. I have had to recount mine twice, and since not all countries stamp your passport on entry and exit, it can be hard to remember going back five or ten years! Going through your emails for past flight itineraries helps, but if you’ve also done land border-crossings, good luck!

Living in a country means you will earn and/or spend money in that country, so you’re also contributing to the economy while you’re living here.

Paying taxes is another way to contribute to the economy and help the country to continue to supply services for citizens and residents. It’s kind of like investing in a country’s prosperity. So by the time you apply for citizenship you would have been “investing” in your life in Canada for a while.

If you’re 18 to 54 years old, you must show that you can speak and listen at a specific level in one of these languages.

This is done by taking a test at an approved testing centre, and it costs about $300.

I was born and raised in an English-speaking Commonwealth country, English is my first language and I have a bachelors degree from an Australian university with a major in English, but I still had to take a test to prove my English language skills. So there are no passes here!

You are also assessed on your English and/or French communication skills during your interactions with customs officials at the citizenship testing centre (such as the person at the front desk with whom you check in, and the test adjudicators).

Once you’re done the test, you have an interview with an immigration officer who checks all your documents and tells you the results of your test. In the interview, you’re asked a lot of questions and your language skills are assessed as you answer them.

The officer is behind a glass panel and the room is filled with people so it feels kind of like when you go through customs at an airport and they ask you questions before they let you enter.

There are also a bunch of reasons someone may not be eligible to apply for Canadian citizenship.

Most of them involve having some sort of criminal history, like being convicted of a crime, being on trial for a crime, being asked to leave Canada by a Canadian official, or having a citizenship application for another country refused, and other such things outlined by the Government of Canada.

So there you go. It’s not “easy” to become a citizen of Canada. They don’t just “give it to anyone”. So if you ever hear someone say that, you can just laugh in their face. Or show them this blog post!